Manteca: The Pumpkin Capital of the World

Manteca, California, is the world's pumpkin capital. Every October, as Halloween approaches, Manteca pumpkin patches become filled with this giant vegetable as far as the eye can see. And every year, this small city in the middle of California's Central Valley produces more pumpkins than anywhere else in the world. But Manteca's pumpkins aren't just for show. They're used to make pies, roasted seeds, and Pumpkin Spice Lattes at Starbucks.

A brief history of Manteca

Manteca history dates back to the 1800s. Once known as the "Crossroads of California" due to its location at the intersection of two main railroads, Manteca was an essential stop on the first California highway that ran from San Diego to Yreka. This San Joaquin County city was founded in 1861 by Joshua Cowell, who built a hotel and a granary near a stop on the Stockton & Yosemite Railroad. The area soon became a hub for agriculture, specifically wheat farming.
Manteca's agricultural roots date back to the mid-1800s when the first settlers began farming the land. The fertile soil and warm climate made Manteca an ideal location for crops like wheat, corn, and pumpkins. The city's agricultural heritage is still evident today in the many farms that dot the landscape
In 1873, the locals assembled to choose a new name for their town and landed on Monteca, which is Spanish for "lard" or "butter." Unfortunately, the railroad maps misprinted this as Manteca, and the misspelled version became the official name of the town. Founder Joshua Cowell was elected as Manteca's first mayor after the city was officially formed in 1918.
To learn more about Manteca's rich history, explore the Manteca Historical Society Museum or San Joaquin County Museum.

The Pumpkin Capital of the World

Photo courtesy of Shutterstock
Today, Manteca is still a hub for agriculture. Pumpkins are big business in this small town; farmers produce more than one million pounds (454 metric tons) of pumpkins yearly! That's more pumpkins than anywhere else in the world.

The first Manteca Pumpkin Fair was held in 1913, just five years before Manteca was incorporated as a city. Every October since that date, the city celebrates its pumpkin production with the annual fair that features a massive parade, carnival rides, a car show, delicious food, and of course, plenty of pumpkins!
At this time, the city comes alive with visitors from all over the world. In addition to being a fun event for locals and tourists alike, the festival helps to promote Manteca's pumpkin industry. There are plenty of pumpkin painting, pumpkin carving, and pumpkin-eating contests, and attendees can eat and drink at the festival's beer garden or many food and vendor booths. The festival also boasts a photography contest, a pie eating contest, a corn hole tournament, and pets on parade from the Delta Humane Society. Most importantly, this fall event is a family-friendly festival with a kid's zone for children so everyone can attend and enjoy!
The Manteca Pumpkin Fair is made possible by the Kiwanis, a worldwide network of volunteers committed to making a difference in the lives of children and their local neighborhoods.

Manteca is a thriving community with a strong sense of identity and culture. With a population of over 85,000 people, it is one of the fastest-growing cities in California. There are many annual events and festivals that bring residents together that make this California city special.

Nestled in California's Central Valley, Manteca is a booming city with a bright future. The city's convenient location makes it an ideal place to live, work, and play. With easy access to major highways, Manteca is just a short drive from San Francisco, Sacramento, and the Sierra Nevada mountains.

Photo courtesy of Pexels
With more than 300 days of sunshine per year, residents can enjoy an abundance of outdoor activities in Manteca. Whether it is hiking, biking, or fishing, there is something for everyone to enjoy in this San Joaquin County city.

In addition to being a beautiful place to live, Manteca is also home to some of the best schools in the state. Families looking for a welcoming community to raise their children will find everything they are looking for here; it's a large enough town to have everything you could need, yet small enough to retain its charming feel.

Photo courtesy of Unsplash
Manteca is a melting pot of various cultures, and the city's dining scene reflects this fact. It boasts everything from traditional Mexican to Hmong-inspired dishes. With its veritable smorgasbord of dining options, Manteca offers something to please every palate.

Look no further than Manteca

If you are looking for a place to call home that has it all — a strong sense of culture and community, great schools, and plenty of annual events — then consider a home in Manteca. Ready to explore luxury real estate listings in Manteca, California? Get in touch with Central Valley's premier real estate professionals Levy Real Estate Group. Alex Levy and Gabe Alcantara have years of experience in the Manteca real estate market and they keep their client's needs and concerns at top of mind at all times. Contact Levy Real Estate Group today for a consultation.
*Header photo courtesy of Pexels

2023 Real Estate Market Outlook (And What It Means for You) 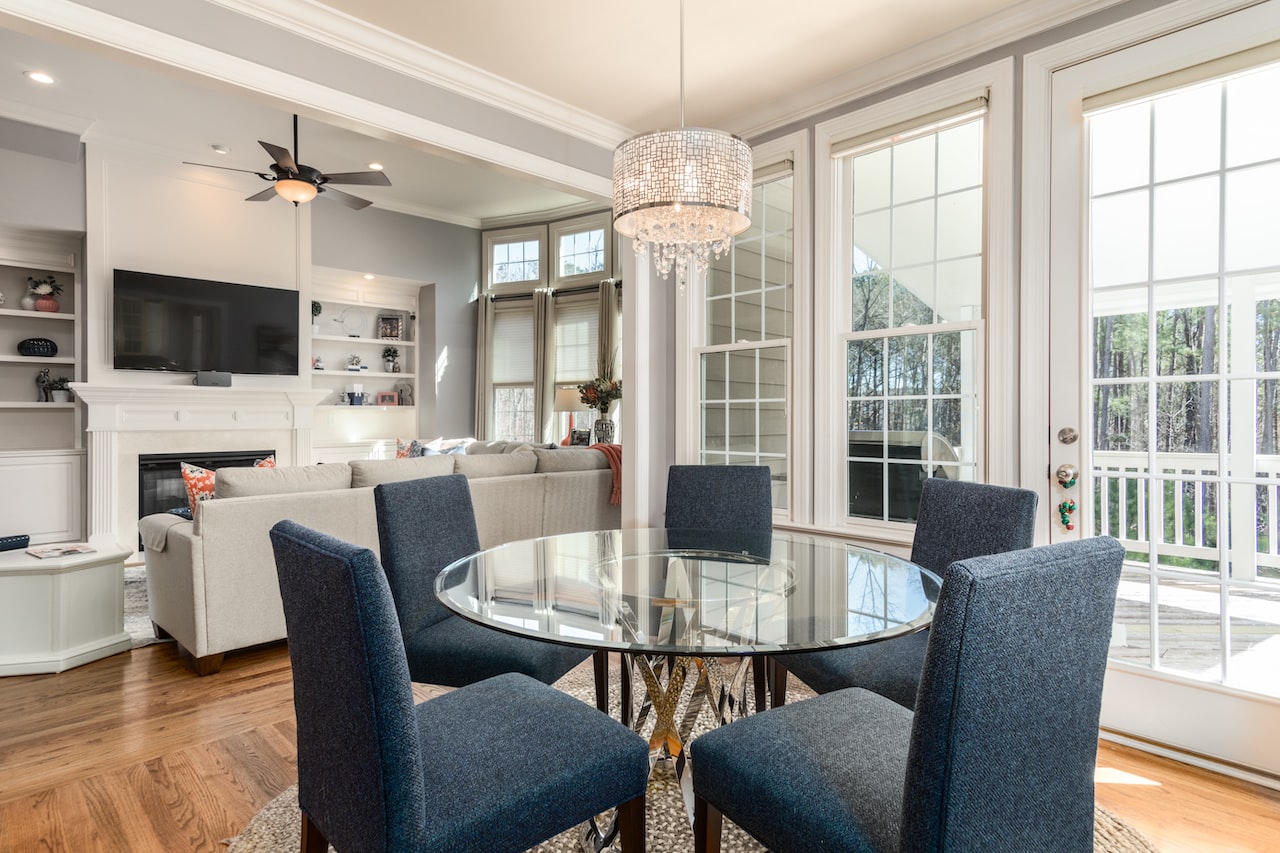 5 Tips for Buying a Luxury Home

Have you considered purchasing a luxury home? Here is what you need to know.

Manteca: The Pumpkin Capital of the World

October in Manteca means the annual Pumpkin Fair and much more.

Home for the Holidays: How To Stretch Your Budget in a Season of Inflation

How to stretch your budget in a season of high inflation

Pros and Cons of Selling During the Holidays

If you are thinking about listing your home this fall, you might be concerned abou...

The Best Places to Eat in Ripon, CA

A constantly evolving and vibrant food scene tucked away in California’s Central V...

Here’s how to update your home with the latest trends.

What You Need to Know About Mortgages

A crash course on mortgage loans for your new home.

Buy Now or Rent Longer? 5 Questions to Answer Before Purchasing Your First Home

Deciding whether to jump into the housing market or rent instead is rarely an easy... 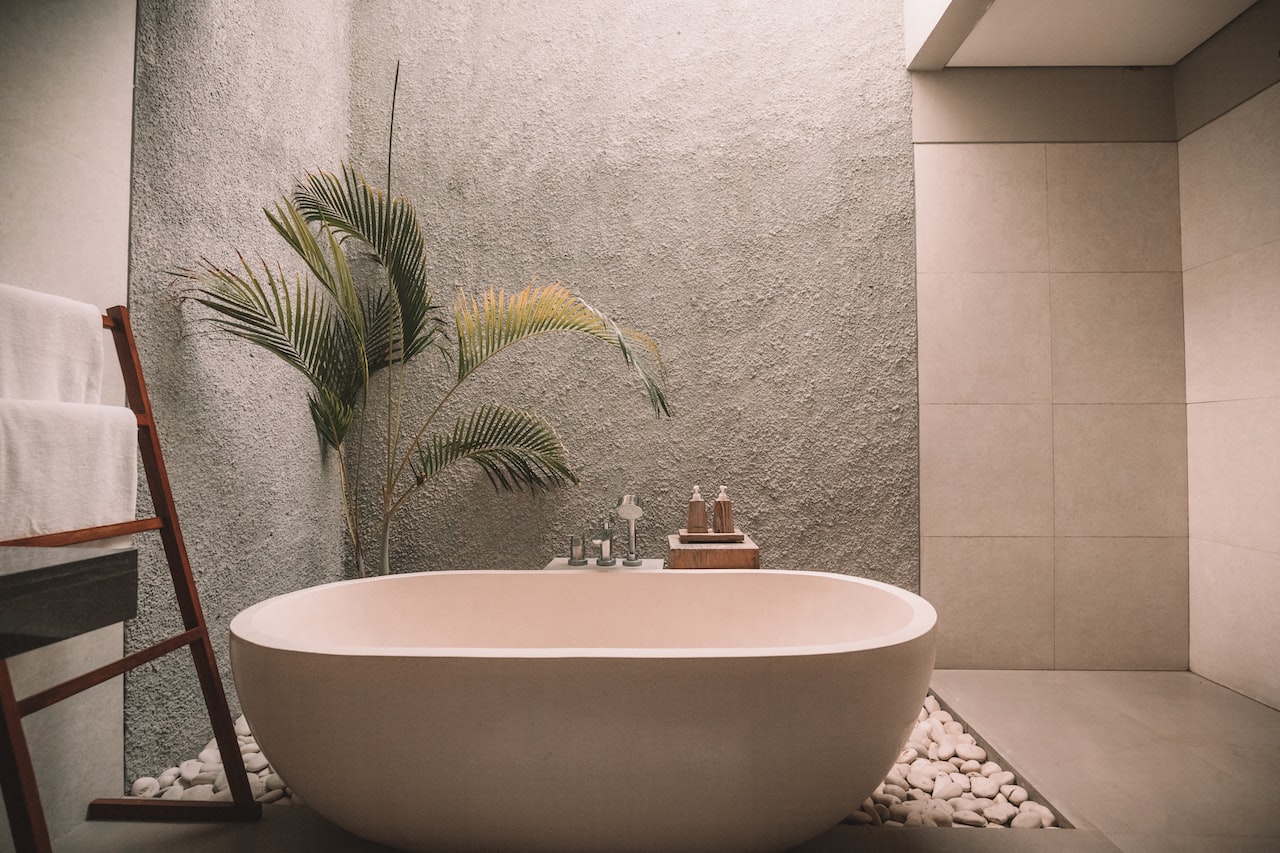 This climate has been unsettling for some homebuyers and sellers. However, with pr...

The process of buying a new home can be both exhilarating and exhausting. But the ...

Higher Rates and Short Supply: The State of Real Estate in 2022

While some had hoped 2022 would bring a return to normalcy, the U.S. real estate m...

A high offer price gets attention. But most sellers consider a variety of factors ...

7 Costly Mistakes Home Sellers Make (And How to Avoid Them)

Common mistakes that many home sellers make. These can cause anxiety, cost you tim...

Seller’s Checklist: A Timeline to Prep Your Home for Sale

Having the eyes and ears of an insightful real estate professional on your side ca...

Hedge Against Inflation With These 3 Real Estate Investment Types

The annual inflation rate in the United States is currently around 7.5%—the highes...

There’s a lot to consider when selling your home, from the market and appraisals t...

20 Unique Home Gifts for Every Person on Your List

From the coffee snob to the sports enthusiast, these presents are the perfect way ...

New Build or Existing Home: Which One Is Right for You?

Nationwide, there were 1.27 million active listings in September, down 13% from th...

Shut Down Home Intruders With These 7 Safety Strategies

More than one million burglaries are committed in the United States each year suff...

12 Tips for an Easier Move

Not many people look forward to the actual moving day whether you are moving acros...

Upsize or Downsize: Which is Your Best Move?

There are factors to consider that might push you to take the leap or stay put fo...

Selling your home when you still need to shop for a new one can feel daunting to e...

Should You Buy and Sell at the Same Time?

Both buying and selling a home are equally stressful, but what about when your'e t...

Thinking of Buying a Short-Term Rental?

Short-term rentals can be a highly lucrative investment and a fun way to make mone...

Increased home sales and price growth, and a tight housing inventory, the time is ...

Fresh Year, Fresh Start: Cleaning Out Your Home for the New Year

As you look forward to 2021 you may have spent some time thinking about your inten...

An appraisal is an objective assessment of a property’s market value performed by ...

Can I Buy or Sell a Home Without a Real Estate Agent?

Most homeowners who choose to sell their home without any professional assistance ...

The Do’s and Don’ts of Buying Vacant Land

Before you purchase a lot to build on, be aware of these do’s and don’ts. Building...

Trivia Time! How Well Do You Know Your City?

I’m sure there are things you haven’t learned about our great town yet. Let’s see...

Finding a New Home for the Next Stage of Life

For most of us, our housing needs are cyclical. Imagine the first place you lived ...

5 Tips for Buying a Luxury Home

Luxury homes are usually located in the most optimal areas in a market, and built ...

Funday to Celebrate Earth Day With Your Family

It is a day to give thanks for the world around us and to take action to protect t...

Here are some tips to help you part with belongings you are attached to but no lon...

Is the Real Estate Market Going to Crash?

It’s no surprise to see that design trends for 2021 revolve around soothing color ...

The Do’s and Don’ts for Investing in Real Estate

I would be happy to help you find the perfect investment property, and I’ve put to...

Thinking of Moving? 5 Steps to Finding Your Next Home

Follow these five steps and complete the corresponding worksheet offered below to ...

We have over 20 years of combined experience in Central Valley real estate. Day or night, with our team, our clients receive around the clock care, attending to all of your needs. Not only do we make the buying and selling process smooth, stress-free, and enjoyable as possible but we also get results! We care about our clients and work around the clock to get them the results they deserve. Contact us to ask any questions and get started. Who You Hire Matters!

We have over 20 years of combined experience in Central Valley real estate. Day or night, with our team, our clients receive around the clock care, attending to all of your needs. Not only do we make the buying and selling process smooth, stress-free, and enjoyable as possible but we also get results! We care about our clients and work around the clock to get them the results they deserve. Contact us to ask any questions and get started.

Who You Hire Matters!